Posted at 22:51h in Blog, Featured by Elaine Glusac

Explorers on a mission don’t mind a sweaty hike — especially one over 150-million-year-old soil – if there’s a payoff. It came when our guide, Joe, pointed to a rock face, indicating dinosaur remains visible among the stripy sediment. Suddenly the gray wall became a massive dino bone puzzle to newly trained eyes.

“Here’s a vertebra!” shouted one child.

“I’ve got a leg bone,” yelled another.

We expected some evidence of past life when we set out to visit Utah ’s Dinosaur National Monument on what we dubbed “the great T-Rex road trip.” But to find our own remains with the certainty of a paleontologist brought our stacks of books on raptors and carnivores and sauropods fully to life.

That indeed was just the point. Back home in Chicago with the Internet and detailed maps we plotted a 500-mile circle tour starting in Salt Lake City to the famed dinosaur sites of Utah, the only state in the union with its own eponymous dino, the locally-excavated Utahraptor, and a quadrant, the northeast corner, known as “Dinosaurland.” The badlands around the Uinta Mountains encompass the largest Jurassic quarry in the world, a fairy tale come true for those (like Seth) who know their Saurischia from their Ornithischia.

Picking up our rented Dodge Stratus in the capital we, husband Dave, son Seth and I, lit out northbound for Odgen, home of the George S. Eccles Dinosaur Park and its new Elizabeth Dee Shaw Stewart Museum . The vast open-air compound of sincerely convincing lifesize raptors silhouetted against the distant mountains reminded me of roadside attractions visited on long-ago road trips with my own parents. The Utahraptor here looms, the Allosaurus and Diplodocus shriek in confrontation, footprints from ferocious T-Rex on down to tiny Trodon provide a sense of scale. Identifying plaques do the job of educating visitors though entertainment was more of what Seth had in mind, urging us down the gardened paths with, “C’mon guys! There’s more.”

And how. In a darkened room on the second floor of the museum a robotic T-Rex faced off against a mother Triceratops and her two babies, both combatants parrying their necks and roaring with intimidation. Seth gradually crept backwards during the bout, half-hiding behind the entry wall. But by repeat performance number four he turned to his father, “We’re going to play this at home!”

To best stage our exploration of the Uinta Mountains’ 600 million years of strata we made for the Flaming Gorge National Recreation Area which borders Wyoming . A National Scenic Byway skirts the dammed canyon and roadside signs regularly announce the Triassic, Jurassic and Cretaceous ages of the vistas. Exposed geologic layers sweep left in one butte, right in another, in perfectly parallel lines of sediment, freezing the movement of earth in mountain faces. And presenting a perfect opportunity for a casual seminar on plate tectonics over dinner at Red Canyon Lodge. Followed by a twilight canoe paddle on serene Greens Lake .

Rising to a glowing sunrise we piled back in the car for the 50-minute drive to Dinosaur National Monument . The light-flooded Dinosaur Quarry Visitors Center frames an exposed riverbank that looks like a slightly canted wall, an active quarry site packed with 1,500 bones, skeletons so pronounced that we easily followed the vertebrae arc of a long-neck sauropod Camarasaurus all the way to his skull. The dense site, explained a park ranger, is a “bone jam” washed down a flooded river creating a “sandbar cemetery.” Eleven species of dinosaurs have been unearthed in the 150-million-year old sediment as well as the fossilized bones of crocodiles and turtles thanks to the erosion work of the Green and Yampa Rivers . And that same remain-rich layer enshrined in the Center continues outside. We signed on to investigate it on a guide-led geology walk.

“This is great!” Seth crowed to another child, one of six ranging in age from 3 to 10, each on the heels of the guide, Pied Piper fashion through the sandstone landscape. He turned us loose to find our own ancient fish scale fossils on a shale slope and to discover evidence of clams and wave patterns in a prehistoric ocean. We also searched the aforementioned cliff of exposed vertebrae, tibia and shoulder blades, finding out own unearthed remains.

“It’s a gold mine of dino bones,” said the guide, noting some 400 tons have already been removed.

“Are they able to grow back?” asked an enthralled boy.

In the nearby town of Vernal we got a larger picture of the fossils excavated in this region at the new, hands-on-oriented Utah Field House of Natural History which displays plant fossils and mammal remains from the more recent Eocene era as well as the always popular dinosaur garden with life-size replicas of a two-story T-Rex, 4-foot Coelophysis and a dozen more of their contemporaries.

With the late afternoon light firing the canyon walls red we set out for Dry Fork Canyon 14 miles north of Vernal to check in on early human history. A short but steep hike among the boulders brought us face to face with another aspect of the past, native petroglyphs up to nine feet tall making an art gallery of the 200-foot sandstone cliffs. Little is known about the Freemont people who drew men with big feet, heads with horns, animals and spiral shapes from about 1 to 1200 A.D. Our scramble among the rocks made the discovery and the mystery that much more intriguing. One Post-It note among hundreds scribbled by prior visitors in the entry shack read, “We came to see Dino National Monument and liked this better.” We liked them equally.

After a night at the dino-themed Best Western Dinosaur Inn, Seth sprang out of bed with, “Let’s meet a paleontologist!” We suggested first seeing where the dinos walked, then loaded up our day packs for an early, heat-beating hike in Red Fleet State Park just north of Vernal. The 1.2 mile walk of rolling ups and downs weaved among rock bluffs the color of clay planters, yellow rabbit brush and twisted, purple-berried juniper trees. At the lakeside track site we fanned out over the sloping stone lakeshore to find 200-million-year-old tracks of the Dilophosaurus, an 8-foot-tall, fleet-footed carnivore with lethally clawed toes. He likely traveled in herds as indicated by the three-toed impressions of tracked paths clearly visible in the slanted light of early morning. We placed our own hands and feet in the tracks exhilarated at touching the ancient past.

After a tailgate breakfast of bagels and bananas we dipped south to swing by the Cleveland Lloyd Quarry, an active dig site where 46 Allosaurs — the T-Rex of the Jurassic age – have been excavated. In the quarry floor black fossils stood out boldly in the gray mud rock. From a catwalk above the pit we spied three Stegasaur plates and one tail spike, an enormous Camarasaurus pelvis bearing the teeth marks of an attack, and an entire Allosaurus front arm providing a true a sense of proportion.

As a splurge after so much sightseeing, we spent out last night at the elegantly rustic Sundance Resort near Provo , which is both beautiful and family-friendly. At the resort’s candlelit Tree Room restaurant, we dines on buffalo tenderloin, tomato-crusted halibut, papardelle with spring vegetables (for Seth), and lavender crème brulee.

En route to the airport, we made one last stop at the Museum of Ancient Life in Lehi. The Disneyesque version of prehistory comes with a roaring soundtrack, skeletons suspended from the ceiling and the largest pelvis bone ever found, from the aptly named Supersaurus. Seth enjoyed the bells and whistles every bit as much as the more scientific sites.

Airborne that afternoon he spied the deserts we’d thoroughly scoured for dinosaurs. “We should move to Utah ,” he declared. “They’ve got a lot of landscape here.” 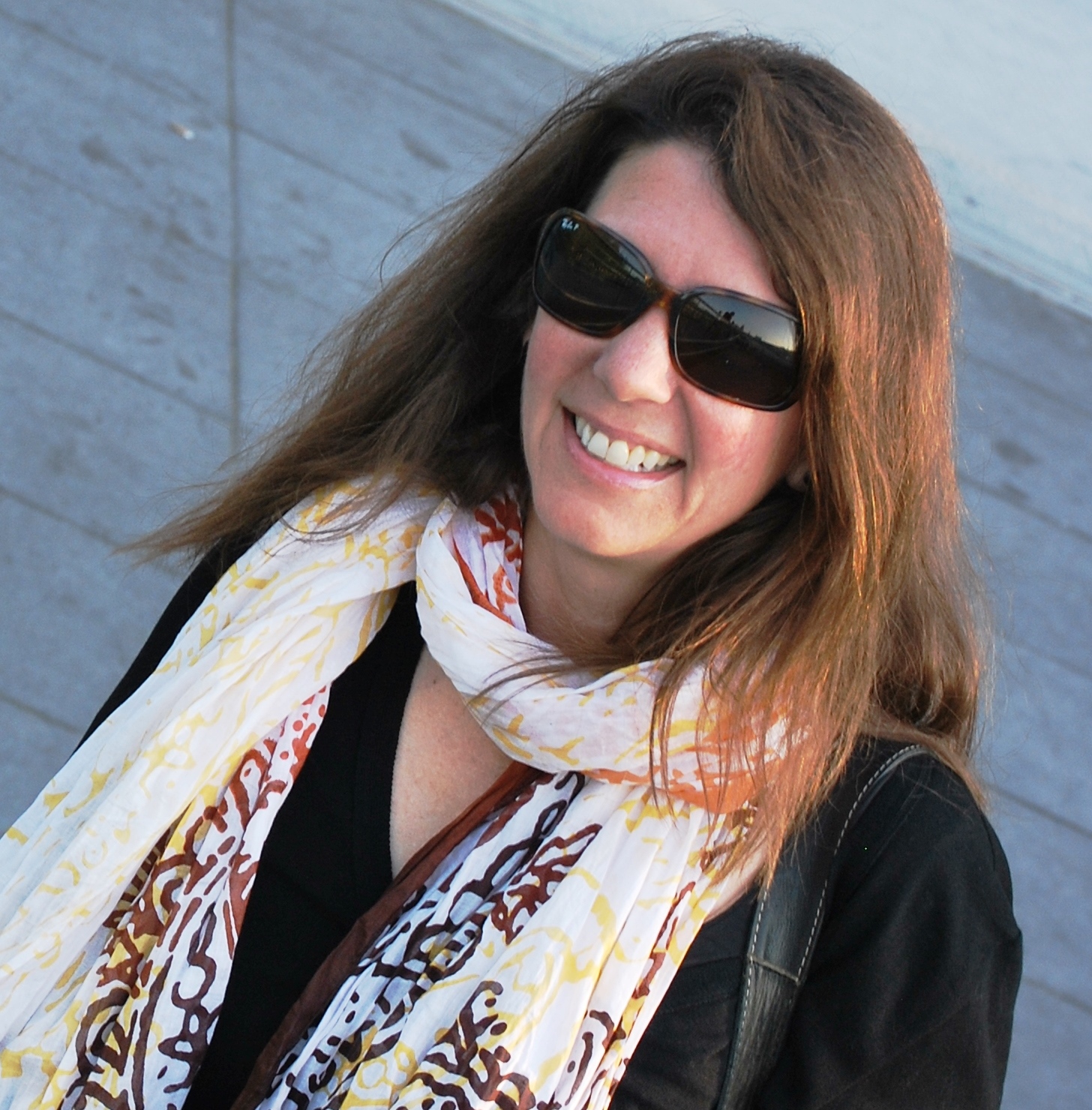